So basically I got to go to a place in the arctic circle called Svalbard for a commercial. It is the most northern city in the world with a permanent population. It has around 2,000 people and 3,000 polar bears! It is technically owned by Norway. The temperature when we were there was between -20c to -35c with an added ‘feels like’ or wind chill of down to -50c.

This required extensive research into what equipment to bring and how it would hold up in the cold. I had to bring backups of backups and spares of everything. Frostbite is a real thing there so it was no joke. We had to be prepared.

The commercial was for Jameson Whiskey for St Patricks Day and was made by Sweet Media and The Public House with MDV also producing. Basically they flew 9 guys from around the world to the arctic circle to have a great time for paddys day and we were a part of the group. We followed them round doc style. This was one of the toughest jobs I have ever had as well as the most memorable. I saw the most beautiful landscapes and nature this planet has to offer and had to pinch myself over and over to be aware of what my eyes were seeing. It was like an alien planet. We saw polar bears in the wild, climbed down into an ice cave, snowmobiled across the island past massive plains, glaciers and frozen waterfalls and went on husky sleds.

I have a more detailed breakdown of the gear and tips of how I used it:

Basically I was using a Zaxcom Nomad 12 recorder and Lectrosonics UCR411A receivers with SMQV Transmitters. DPA 4071 lavalier mics, Panamic Maxi & Mini Boom Poles, with a Cinela Piano for maximum wind protection on my Sennheiser MKH 6o shotgun mic. HD25 headphones as well as cheapo in ears for underneath the snowmobile helmet. An Orca mixer bag. The main ingredient here was my Audioroot power setup. I had the BG DU REG distro in the bag. I used 3 x 98wh batteries. One in the mixer bag with a hand warmer strapped to it. The other two spares on my inner layer pockets close to my body to keep them warm. I also gaff taped 2 hand warmers to the back of the recorder in the bag. Then I kept the rain cover for the bag over it at all times (it froze and cracked in half on the first day tech recce; I gaffer taped it!) and also what I believe was a big part and a life saver too was having my sachtler mixr poncho on ALL the time I was outside as my most outer layer, going over the whole bag really helped. The snow there is in the air. It is so fine that its like sand and gets everywhere. So with this poncho I was not only shielding the bag from all the snow in the wind but kind of keeping an ambient temperature under there in the mixer bag most of the time too. Instead of a poly this worked a million times better. We were given by production these super fancy hand mittens with zips and an inner layer specifically for shooting in arctic conditions which were about €250 a pair but were absolutely essential and we couldn’t have done it without them. If you want to know more about the setup just shoot me an email and I’d be happy to nerd out about it more!

Check out some of the fun we had. 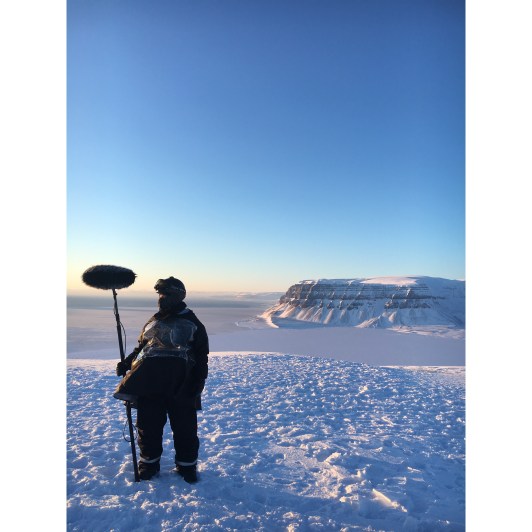 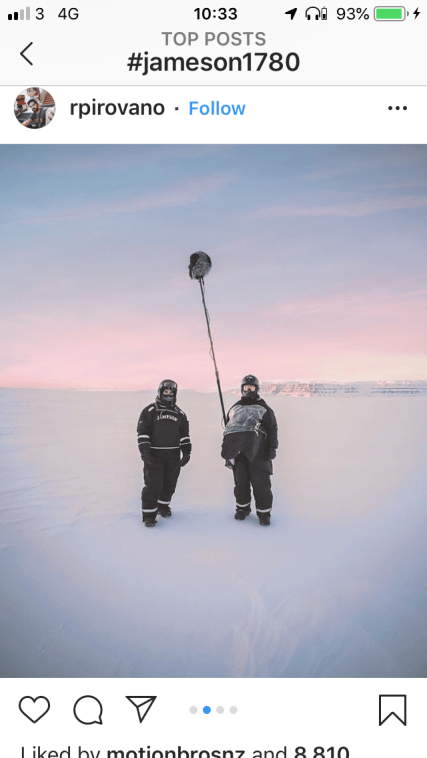 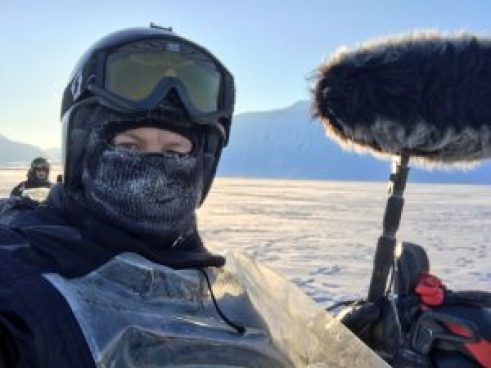 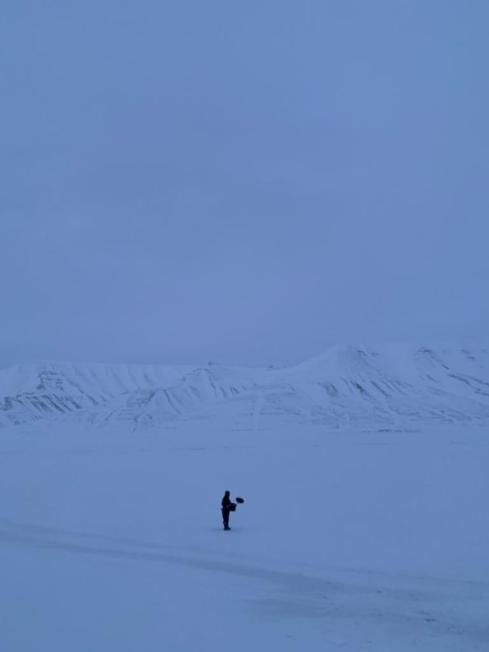